Design. It’s what we do.

The Case for Capitalism.

Brian Hock was tapped to create a brand identity for The Case for Capitalism. Its purpose is to showcase the benefits of capitalism, to champion those benefits, and hopefully encourage others to participate in capitalism. Benefits can include equality of opportunity, freedom and realizing your full potential.

The goal is to get people thinking differently about capitalism. 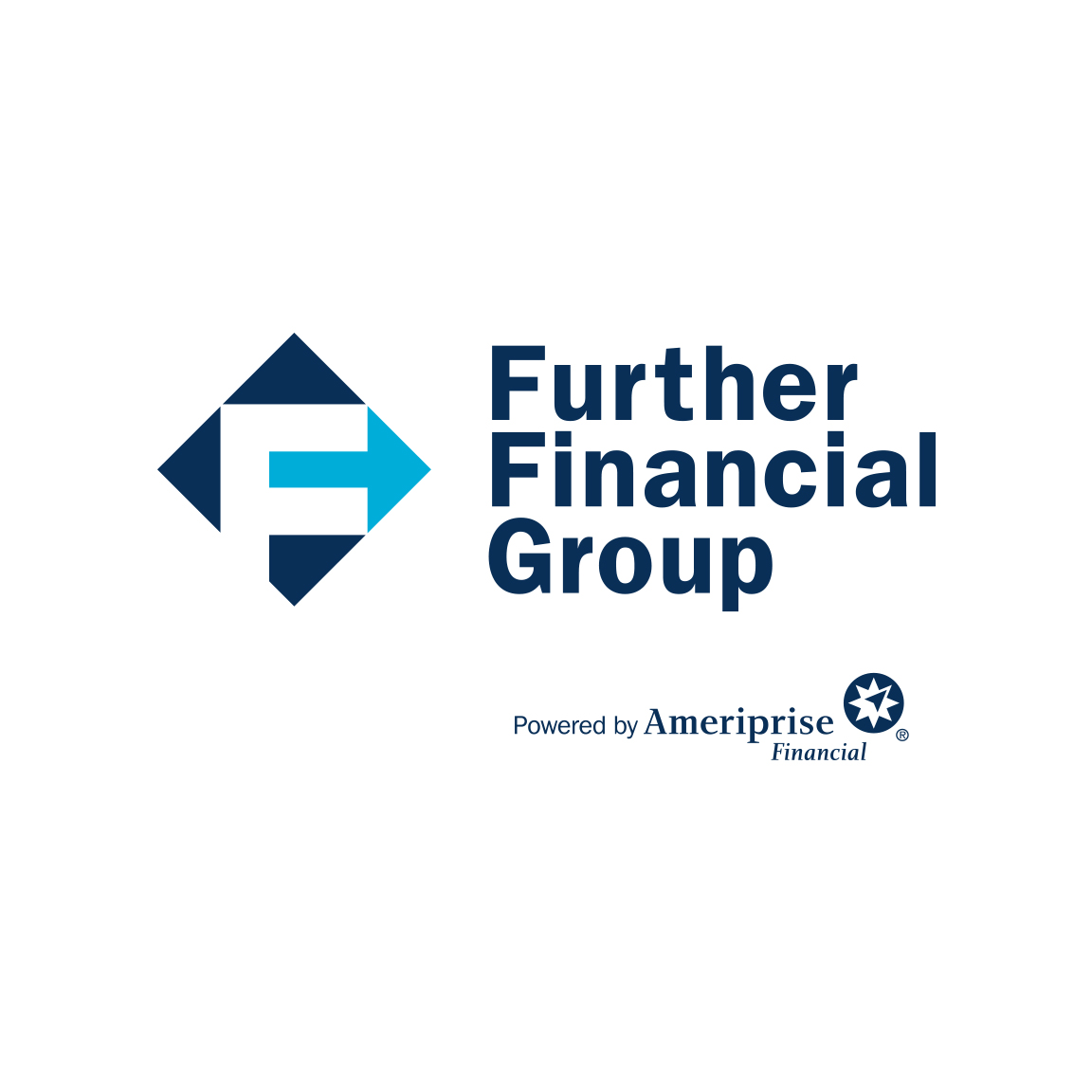 Further Financial Group, a private wealth advisory practice of Ameriprise Financial Services, Inc. based in Cincinnati, Ohio, reached out to Brian Hock Design for the creation of a new logo for the firm. The new design appeals to million dollar plus investors and works within the co-branding guidelines of Ameriprise Financial. The teal arrow emerging out of the F in the icon indicates how the firm can help each client go further with their investment needs..

Brian Hock Design created a new identity and brand for Triple Crown Press Parts located in Cincinnati, Ohio. Once the brand was established he created a simplified web site along with support materials.

“It may not be a horse race but Brian Hock created a Triple Crown winner with our new identity and support materials.” – Darin Daniel, President 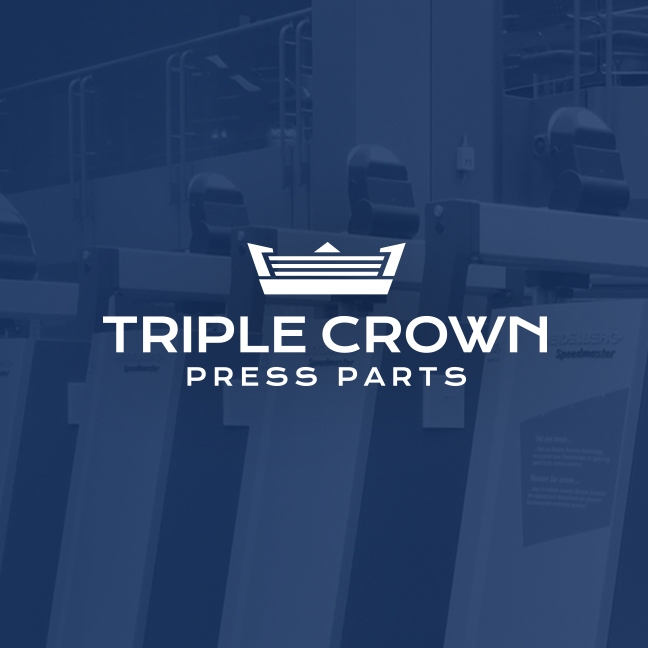 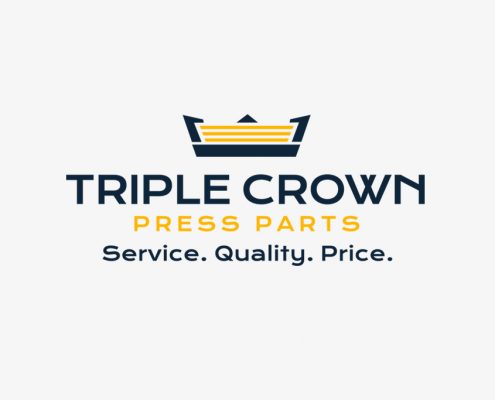 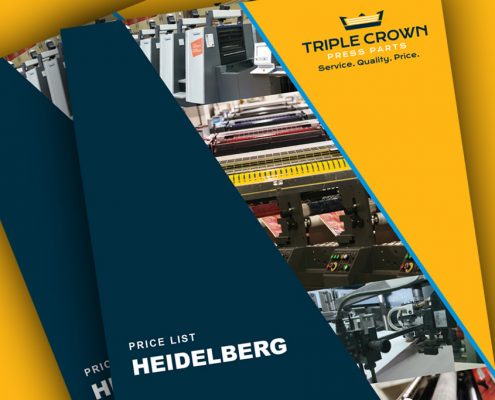 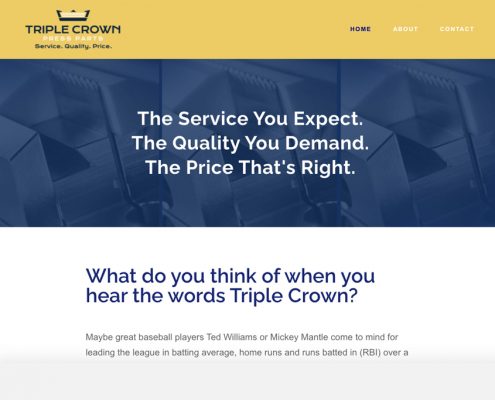 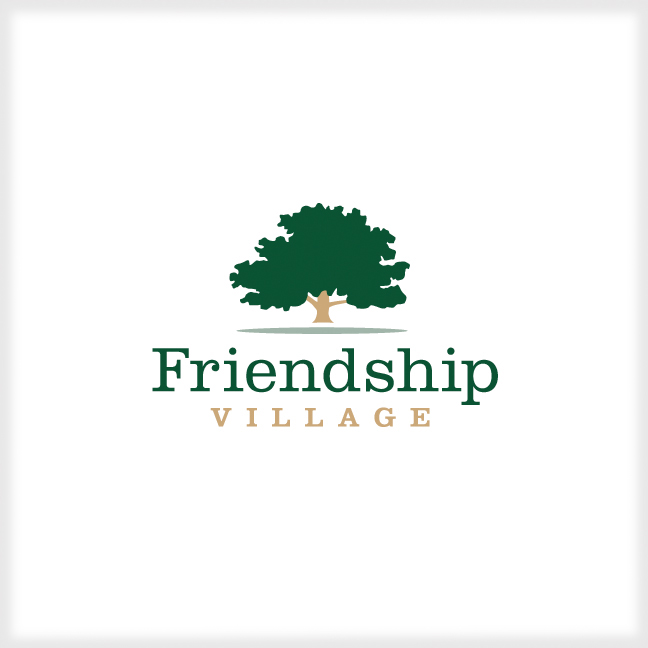 The Beginning of a New Friendship

Brian Hock rebrands Dayton, Ohio’s largest retirement community, Friendship Village. Friendship Village has been a trusted retirement community for the past 40 years. The new brand communicates a secure, stable and welcoming environment for current and potential new residents. The new brand along with a new web site highlights the areas of retirement living, assisted living, skilled nursing care and rehabilitation services. It’s a new Friendship that should last the next 40 years. 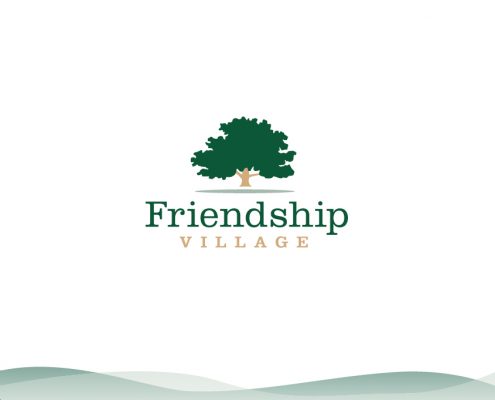 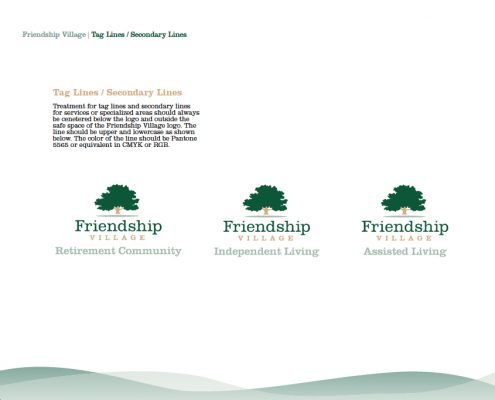 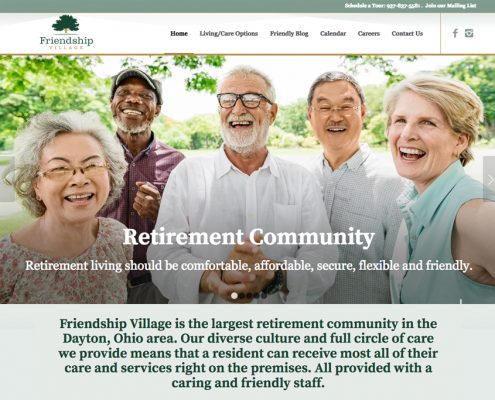 Brian Hock designed and developed the Simple Hydration Water Bottle in 2011. He successfully raised over $21,000 on Kickstarter.com and launched the product. This was the largest crowd-funded product in the Cincinnati market at that time. The Simple Hydration Bottle received immediate praise from the Los Angeles Time’s Roy Wallack saying “It Works.” and Lauren Johnston at the New York Daily News saying “Simply Fantastic.” The video used on Kickstarter also won a Telly Award in 2012.

Then Brian was featured in the October 2015 issue of Inventors Digest. The article title is “The Right Hook: Brian Hock Keeps Hydration Simple” details how Brian came up with the idea.

“Is it too early in the year to start calling something product of the year? I don’t think so.” – Gary Dagg, TrailRun Magazine

The bottle is now distributed in many countries around the world including France, Netherlands, Israel, Japan, Singapore, Philippines and Chile among others. 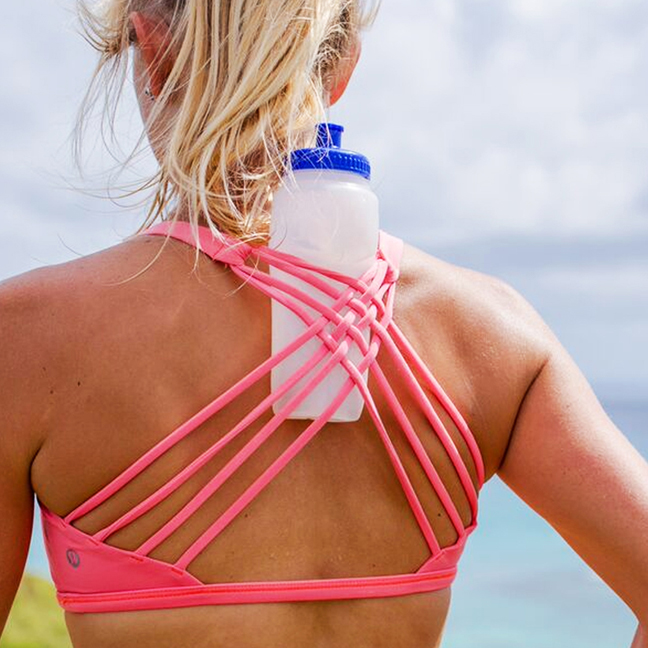 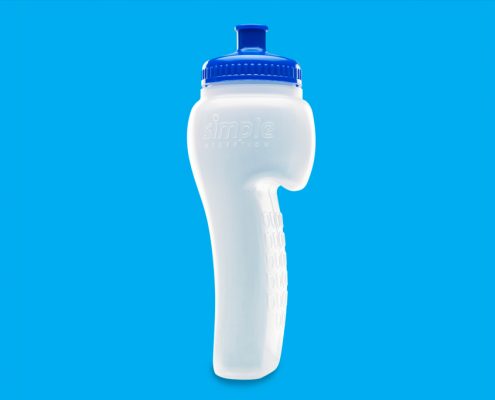 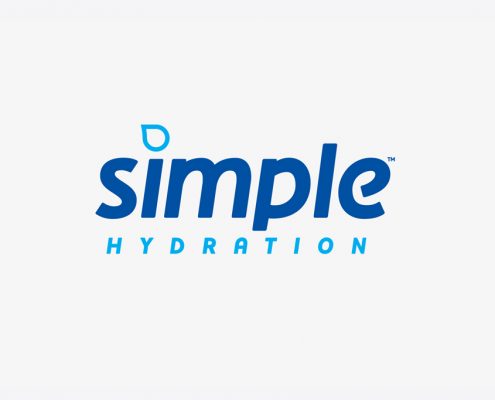 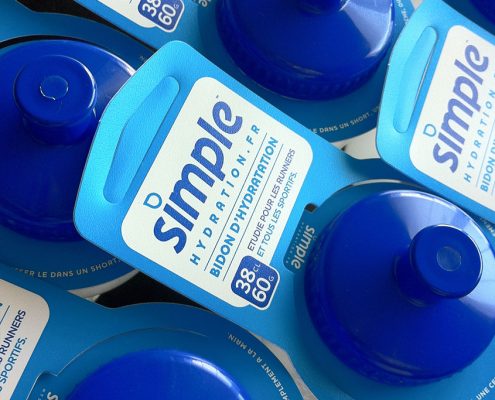 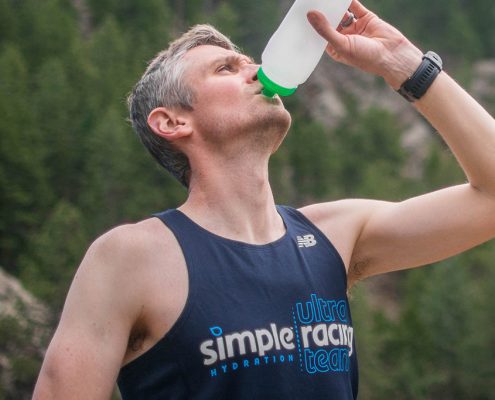 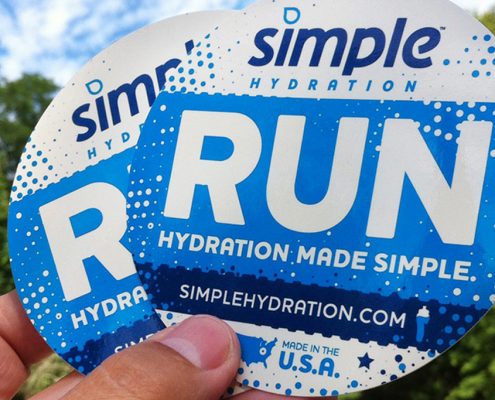 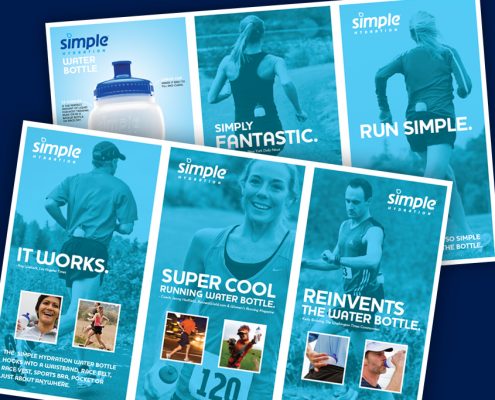 The Music Hall Revitalization Company reached out to Brian Hock to help them design and create a 3-part direct mail campaign to help raise money for the renovation of Music Hall. The campaign was a huge success and raised millions that went toward the $143 million dollar renovation.

In 2014, Music Hall was included on the National Trust for Historic Preservation’s annual list of America’s 11 Most Endangered Places.

Music Hall officially reopened on October 6, 2017. The massive renovation of the 139-year-old iconic structure touched every area of the structure. We can consider this great historic building saved.

Inventors Digest included Brian Hock in their American Inventors section for his design and creation of the Simple Hydration Water Bottle. Brian was able to utilize his love of design, business and running and channel it into the creation of the bottle.

“While Hock says he is an “average runner with a passion for the sport,” he now has a burgeoning business that helps keep his passion hydrated.” 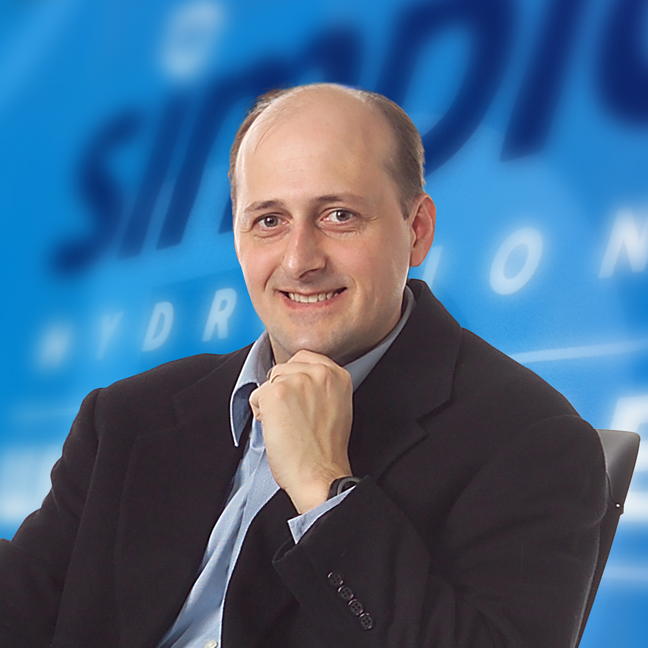 Some of the great clients we’ve had the privilege to partner with on design and marketing projects.

Learn more about my client-focused design/business background.
Then View the many creative and thoughtful design projects on my Portfolio page.

I design with a purpose: Produce meaningful results!

Let’s talk about your next project.
Thank you.